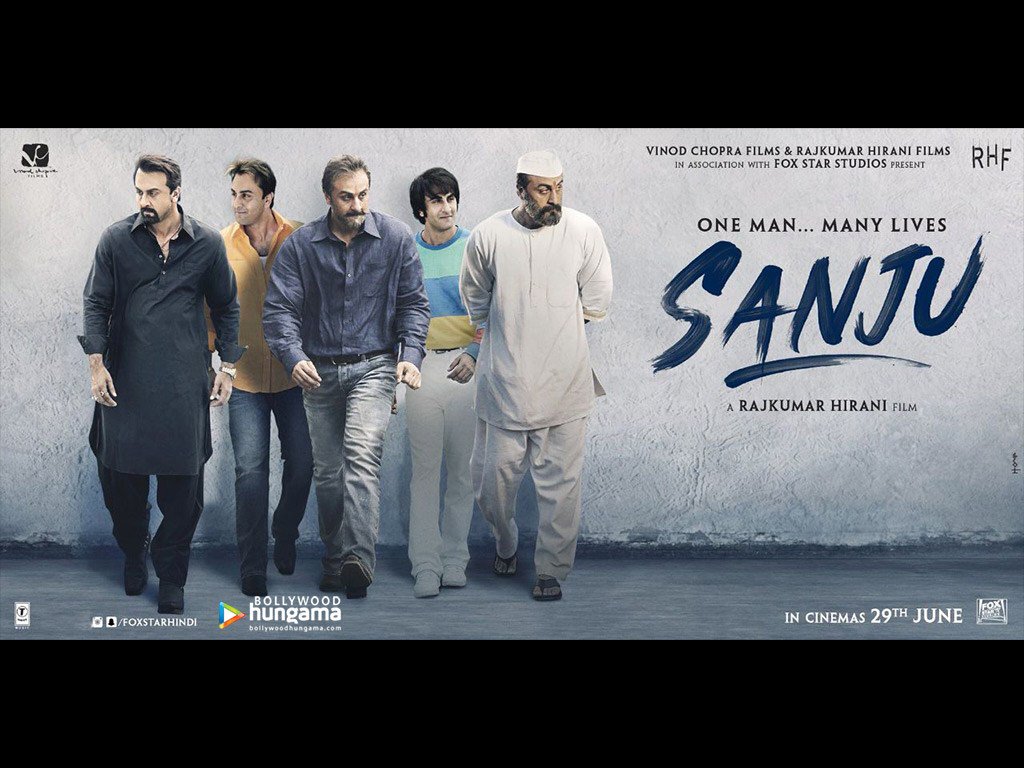 Sanju, the movie that released last Friday (29 June, 2018) is proving to be a movie spinner, raking in more moolah than Padmavaat and Race 3 – recent  films with phenomenal earnings. This movie by Rajkumar Hirani has held its own, with stellar performances from two actors- one well known, Ranbir Kapoor and the other for whom doors have opened- Vicky Kaushal.

Albeit long, this 161 minutes film has people scrambling for tickets. Here ‘s why:.

The Story of a Star

Kudos to Rajkumar Hirani to make a film on actor Sanjay Dutt’s life imbibing humour to make it an entertainer that manages to attract audiences. It’s a story of a troubled star-child, his often complicated relationship with his father, a deep bond he shares with a friend across continents, his journey through drugs and alcohol addiction, his rise to fame and his strife to clear his name.

For Ranbir Kapoor and Vicky Kaushal

That Ranbir Kapoor has evolved as an actor is evident in this biopic where he imbibes Sanjay’s mannerism to the “T”. His portrayal of a zombie or his anger and frustration through Sanjay Dutt’s personal journey is commendable.  The other actor, who has performed well and complemented the main lead in Sanju , as the loyal friend, is Vicky Kaushal.

#Sanju is the by far the top drawer in every aspect of recent times be it direction, feel, lighting, cinematography and on top of everything the acting. Everything seems exemplary. #RanbirKapoor has raised he bar too high@RanbirKapoorFC pic.twitter.com/JOuxP4sHU6

For its Entertainment Value

This movie is no documentary but a through and through entertainer with dramatic scenes that are high on emotions. Noteworthy too are the visuals and the music. Some essentials from Sanjay’s life have been ignored, but the disclaimer in the beginning of the film should put minds at rest.  The story line attempts to redeem its protagonist.

All in all, Sanju is a film with pace, that keeps people glued to their seats.