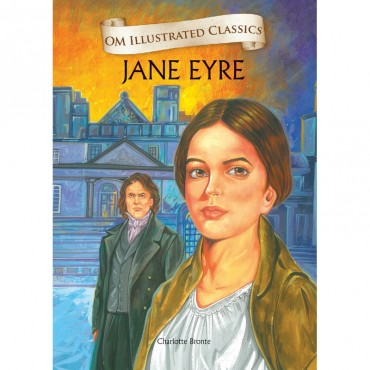 Charlotte Brontë’s “Jane Eyre” is probably one of her most famous works.
Set in rural 19th century England, it is a fictional account loosely based on Brontë’s life.

The book explores the themes of love, independence, passion and struggle of a young woman to stay true to herself and protect her self-esteem. These were all very pertinent themes in the patriarchal Victorian society in the 1800s.

While the original Jane Eyre is complex, the abridged version by OM Illustrated Classics is simpler yet maintains the complexities of the characters, making it perfect for schoolchildren.

We first meet the orphaned Jane at her aunt’s house at Gateshead Hall, Lowood. She is raised by her widowed aunt Mrs. Reed who is a horrid stepmother, often employing violent methods to teach Jane a lesson while her own kids are spoilt.

But Eyre’s life is turned around when she is sent off to boarding school. Although the school is derelict, overcrowded and a misery to live in, she finds friends in an older classmate Helen Burns and her teacher Miss Temple.

As a young woman, Jane Eyre sets off to Thornfield Hall to be a governess and we are able to see her true independent character surface.

At Thornfield, she is captivated by her pupil’s mysterious so-called father Mr. Rochester. She finds herself falling in love with him but still maintains her integrity. When Rochester tells her that he will adorn her with diamonds, she “is frightful and detests it”. Later when he buys her dresses, her “cheek burned with a sense of annoyance and degradation”.

Eyre is aghast and heartbroken when she learns of Rochester’s marriage and runs away. She is almost at the end of her wits when a kind clergyman Saint John Rivers and his family take her in. Later we learn that they are long lost cousins.

Rivers’ proposes to her but she realises that he wanted to use her as a “mere tool for advancing his religious fervour”.

By the end of the story, both Rochester and Eyre are reunited and he finally acknowledges her independence.

“You are an independant woman what will you do with a blind man like me?”

“I am still my own mistress,” she says.

Jane Eyre is a classic and should be read by all. The Victorian setup may have changed but the complexities of patriarchy and independence hold significance even today.