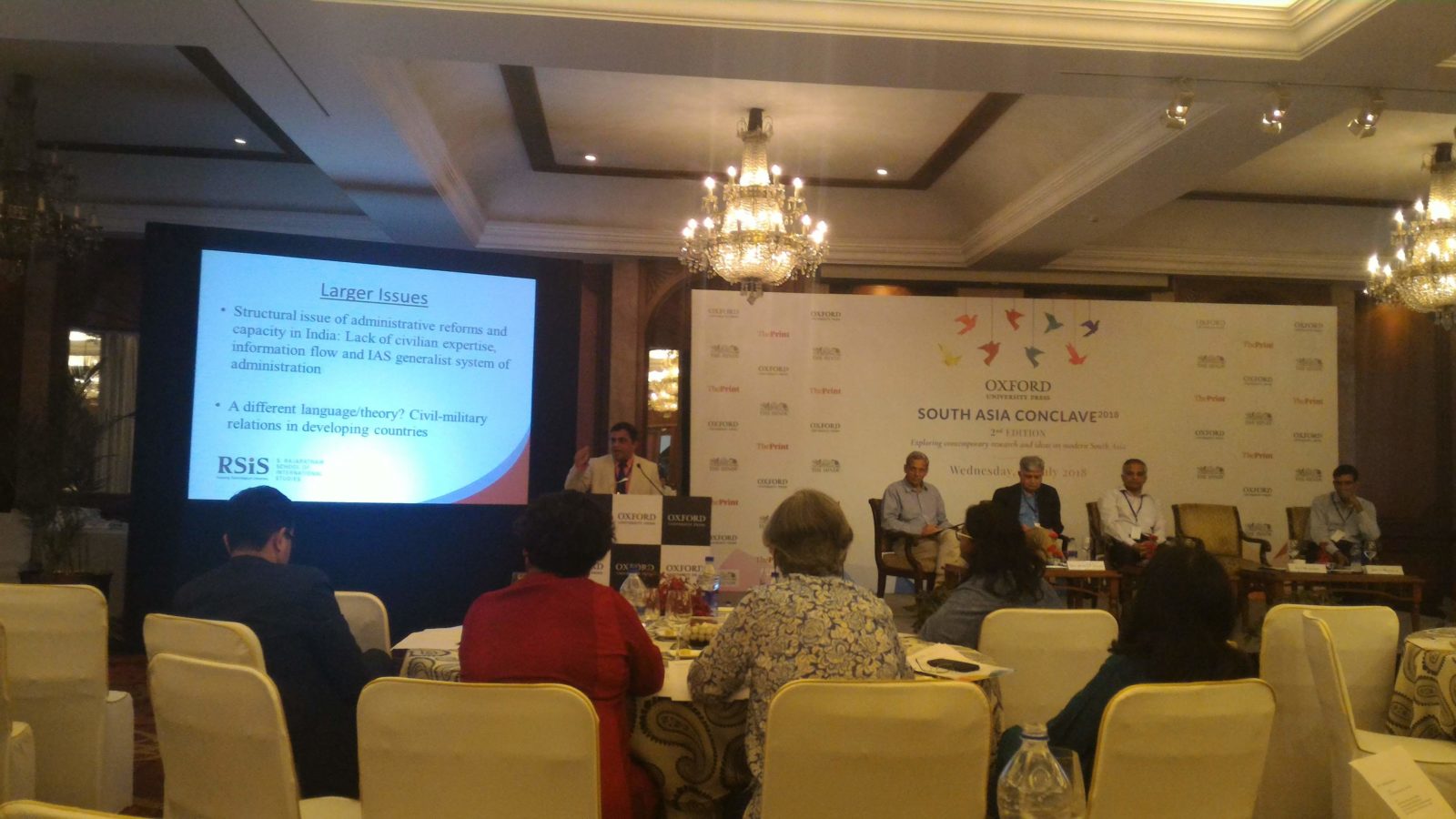 The 2nd OUP South Asia Conclave 2018 landed up being a forum for discussion and diverse views on subjects of politics, health care, military and business in India.  Held at the Taj Mahal Hotel, Mansingh Road , New Delhi and sponsored by The Hindu and The Print, the event was attended by authors, politicians,  academicians, editors, journalists and  publishers and think tanks. The Conclave took off with notes from Saugata Ghosh (OUP, India),  Niko Pfund and Ashutosh Varshney (Professor, Brown University) 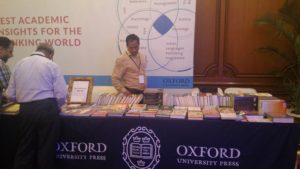 South Asia as the theme was specially chosen keeping in mind its large population and predicted economic growth.

The first session was based on a book Ideology and Identity: The Changing Party Systems of India by  Pradeep Chibber and Neelanjan Sircar. Apart from the authors, the prominent panelists were  Jairam Ramesh, Member of Parliament, Rajya Sabha and Professor Kanchan Chandra who  discussed Statism  vs Recognition and behavior of voters with respect to these two topics.

The second session at the OUP South Asia Conclave was on a book with a topic that has seen wide reactions lately- the civil military relations called: The Absent Dialogue: Civil Military Relations in India by Anit Mukherjee. All panelists, including the author were retired military personnel including  former Army chief, General Ved Malik. The participants concluded that a dialogue should not cover only bureaucrats and military but politicians and military too.

The  session titled “State of Health Care in India” at OUP South Asia Conclave had representations from the medical fraternity and the media. The panel discussed issues that  included regulations in the private sector and the uninterrupted supply of medicines and healthcare to the marginalised.  The panelists included Leena Menghenaney, Head, South Asia, Médecins Sans Frontières,  Dr Aparna Jaswal, Fortis Hospital, Professor Amir Ullah Khan, Karan Thakur and Amrit Tripathi.

The fourth session was based on the book: Costs of Democracy: Political Finance in India. Apart from one of its author Devesh Kapur,  SY Qurashi  the former election commissioner of India  and Professor Rajeev Gowda, Member of Parliament, Karnataka, G Sampath, the social affairs editor, The Hindu. A debate raged on whether a fund and a threshold for funds should be allocated  to parties standing for elections.

The last topic at the OUP South Asia Conclave was based on Business and Politics in India underlined  how linked the two aspects were not just in India but else where in the world. The panelist were Shekar Gupta, Chairman, The Print, TN Ninan, Chairman,  Business Standard,  Professor Vivek Deheja, and Professor Kanta Murali, the author of Caste, Class and Capital: the Social and Political Origins of Economic Policy in India.